Alternatives to AdMob (and MoPub) for 2020 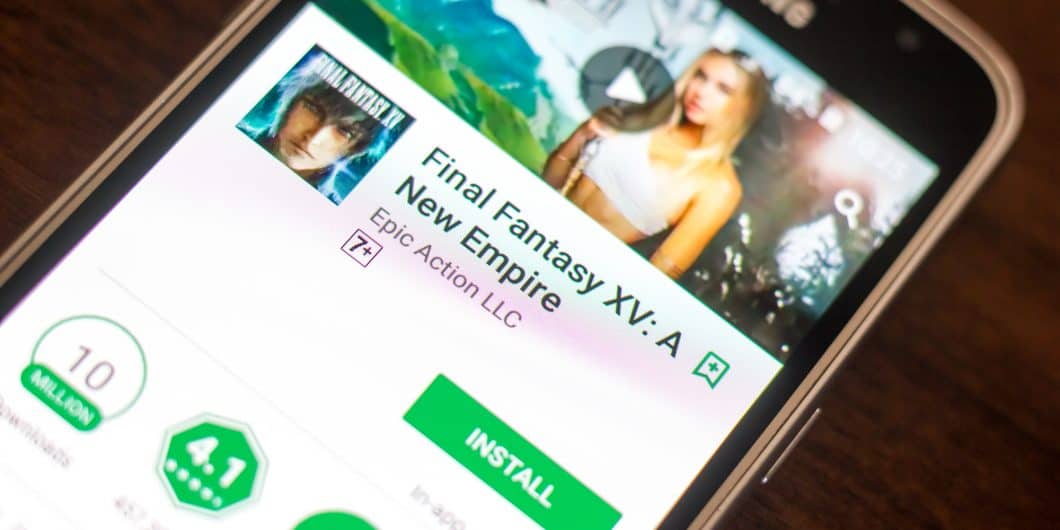 Is your app not producing as much ad revenue as you think it should?

Do you feel like you could make a lot more money from your app if you could just find a better alternative to AdMob?

That might be the case, but let's dig a little deeper and find out...

AdMob is one of the oldest mobile ad networks still in existence. After it was acquired by Google, it was turned into Google's consolidated source for in-app advertising. It is one of the very largest supply side platforms (SSPs) in the world and benefits from integration with Google's other very deep sources of demand like Google AdX.

Does that mean it's the best out there? No, not necessarily.

That said, there are certain problems that cannot be fixed by replacing AdMob. Let's talk about those for a minute.

The biggest problem that I see developers having with regard to ads is simply that they don't have enough traffic to be running ads in the first place.

ALL systems that automatically optimize performance need a lot of data to make good decisions. That is certainly true of AdMob and it's also true of the advertisers who buy AdMob's inventory. They all use machine learning algorithms which need to be fed enough data to make decisions.

So if you only have 1,000 impressions per month, AdMob will never be able to optimize that inventory very well. BUT, neither will any other SSP, so swapping AdMob for another platform won't make any difference.

Focus on growing your user base until you have around 30,000 MAU. That should produce 100,000+ monthly ad impressions, which is a general minimum that I think makes sense to monetize. At a $3 CPM, that's $300+/month in revenue.

In short, you have to place ads where they will be seen and users can tap them. This is less of a problem in apps than it is on the web, but you can still make mistakes here. Always take time to think of the ad placement from the perspective of the advertiser. If you were advertising your app in this spot, would you be happy?

Depending on what your app does and how users move through it, some ad formats may work a lot better than others. This is something to test before swapping platforms, because poor ad performance won't be rewarded on any other platforms either.

Is Running Ads the Best Way to Make Money?

This is a very basic issue, but one well worth raising. There are a LOT of different ways to monetize an app. Running ads is one of the easier methods to set up, but it's definitely not always the most lucrative. This is particularly true if you have a very small user base. Take the time to explore all your options before running ads.

Tiers and Types of AdMob Competitors

There are a couple tiers and several different types of competitors to AdMob.

In terms of tiers, I think of the market as dominated by AdMob and MoPub. Those are the exchanges that are owned by huge public companies (Google and Twitter, respectively) and they have a very deep well of demand. Even if you don't use either of them as your SSP, you should be tapping into their demand through mediation. Those two are tier one, all else is tier two.

In terms of types of competitors, there are some that are focused primarily on video or native ads. There are also some who focus on serving gaming apps and others that don't own an exchange and focus on mediation. We'll explore all these below.

Here are the main alternatives to AdMob divided into tiers based on scale:

MoPub is the another industry-leading SSP option. It was an early entrant in the space and it was acquired several years ago by Twitter. Since then it has continued to develop and it runs one of the largest exchanges for mobile app inventory, tapping into the advertiser base of Twitter. 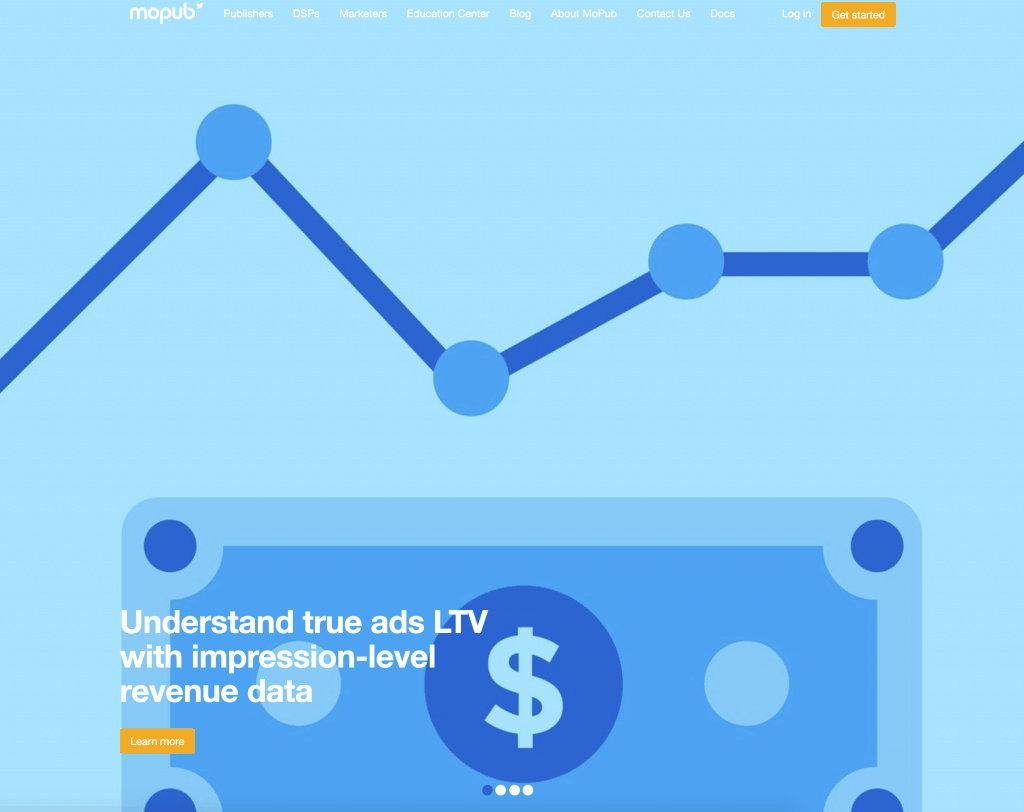 Amazon Publisher Services is one of the newest options available to mobile app developers. Amazon has been rapidly developing their advertising capabilities and they have their own massive demand source because of all the merchants advertising on their platform. They also run a product called Transparent Ad Marketplace (TAM) that allows you to mediate other demand sources as well. It's not as easy to use as AdMob, but it's a very potent competitive option.

Facebook is the only other demand source that truly rivals Google AdMob in sheer size. FAN is not a mediation service, but it is so large that many apps wouldn't need anything else, so it is an AdMob alternative. It is possible to use it as a demand source in other mediation solutions and if you can, you should.

I’m sure that every company on this list would resent this "other" designation, but here are some SSPs that are not as large as the major ones but still deserve consideration.

Verizon (aka Nexage and Oath)

Verizon deals in all digital ads, whether desktop, mobile web or mobile app. They have a full-featured SSP option and they are also providing header bidding to publishers.

Smaato has traditionally been more internationally focused but has started to perform well in the US too. They have a sizable exchange of their own.

Fyber is a roll-up of a few different companies, one of which was Inneractive which has a good sized ad exchange for mobile app traffic. Fyber is a game-focused SSP but they can and do operate on a variety of other types of apps. The mediation platform HeyZap was also acquired and rolled into Fyber. 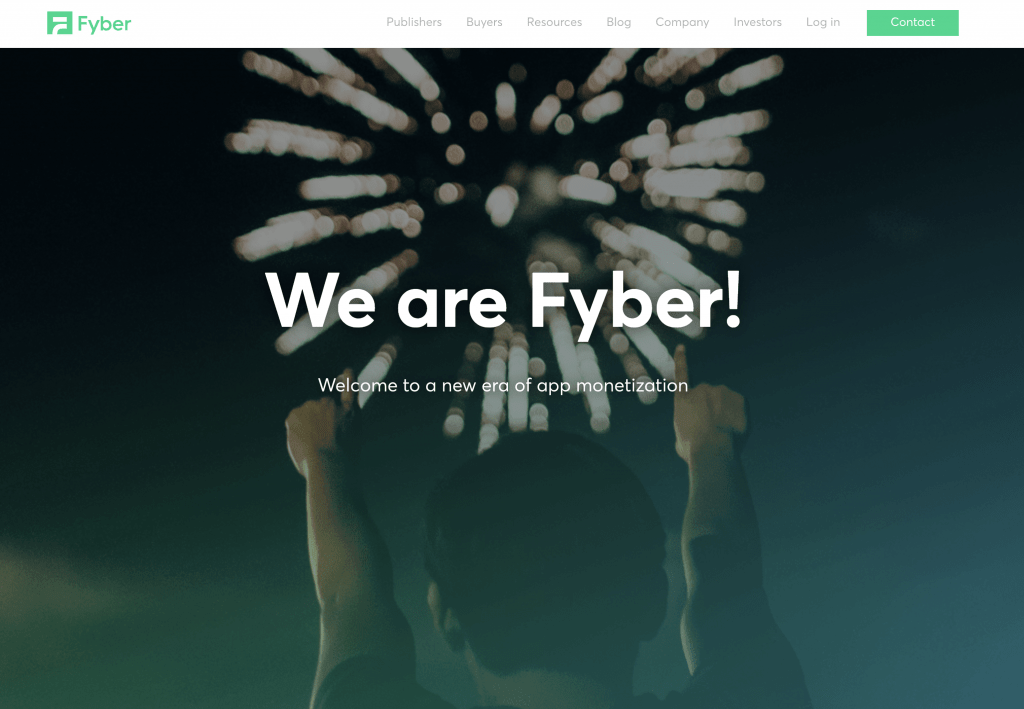 MobFox is the in-app monetization arm of the Matomy group.

InMobi has long been a large ad network in international markets and a while back they acquired Aerserv. Aerserv is a video-focused SSP with a mediation platform and exchange that performs well in the US, making it a great addition to InMobi.

Many of these SSPs were formed through acquisition, and AdColony (formerly known as Opera) is a successful public company that was created through a number of acquisitions. Their SSP offering is underpinned by a mobile ad serving and mediation layer called AdMarvel. That platform is augmented by demand from a performance network formerly known as Moolah Media and a brand network formerly known as Mobile Theory. All of this has been combined and they’ve created their own proprietary exchange as well under the brand AdColony (which was also a company they acquired).

There are several SSPs that got their start long ago on desktop and mobile web traffic but have started to deal in mobile app inventory as well.

Rubicon is a long-time player on web inventory. They grew rapidly and ultimately went public a few years ago. Rubicon operates a large exchange and they have an SSP offering for in-app inventory but their roots are definitely in web inventory.

AppNexus runs a large exchange that traditionally was focused on web inventory. Again, their roots are definitely web but they are moving aggressively into app inventory as well. AppNexus is a more robust platform than other SSPs, which is a pro and a con. It can be used as a platform to run a whole ad network. However, that large scope of features can make it daunting to use as an SSP. As part of that platform, it has a very robust direct ad serving offering. 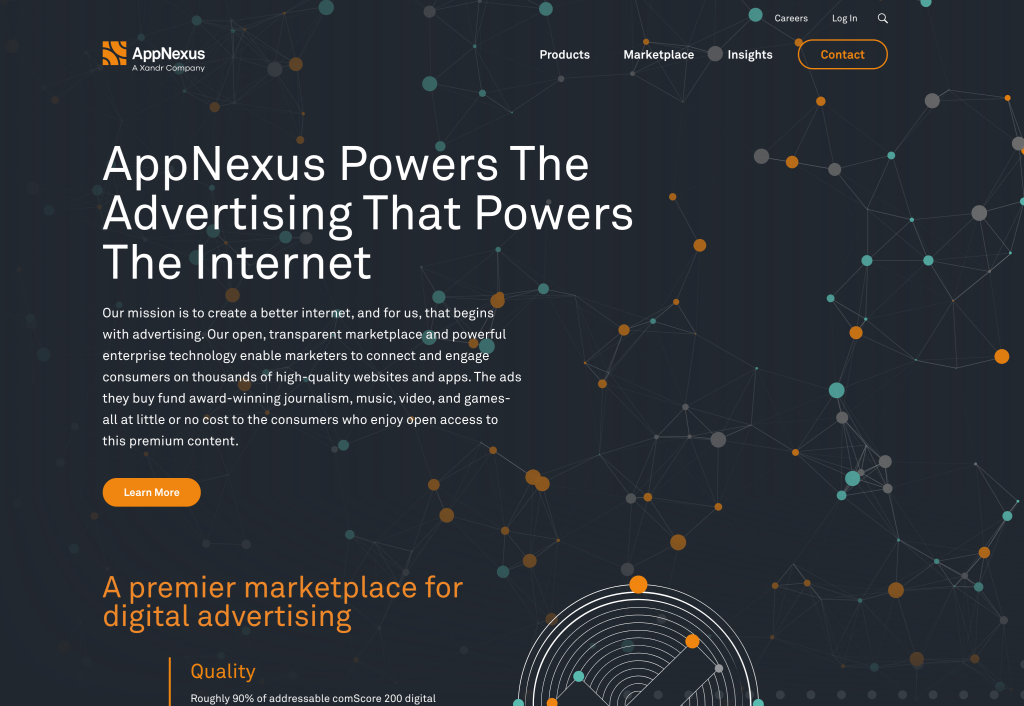 PubMatic is a large company running their own exchange. PubMatic acquired mobile ad network Mojiva a while back and Mojiva's ad serving counterpart Mocean, so they do have a robust direct ad serving system that can be used to operate a whole network, like AppNexus. That acquisition also gave them some technology that was developed specifically for mobile.

Yet another large SSP from a private company with web roots. OpenX operates an exchange that is large and worth accessing. OpenX started as a direct ad serving platform and that is still one of their core offerings. They are one of the few SSPs that has a robust direct ad serving option.

Chartboost focuses exclusively on game apps. They run interstitial and video ad formats only, and offer cross promo and a direct deal marketplace so you can coordinate with other app developers.

The Unity platform for game development has an ad platform called Unity Ads woven into it. This makes it very easy for apps developed on Unity to use, but it focuses on rewarded video units exclusively. 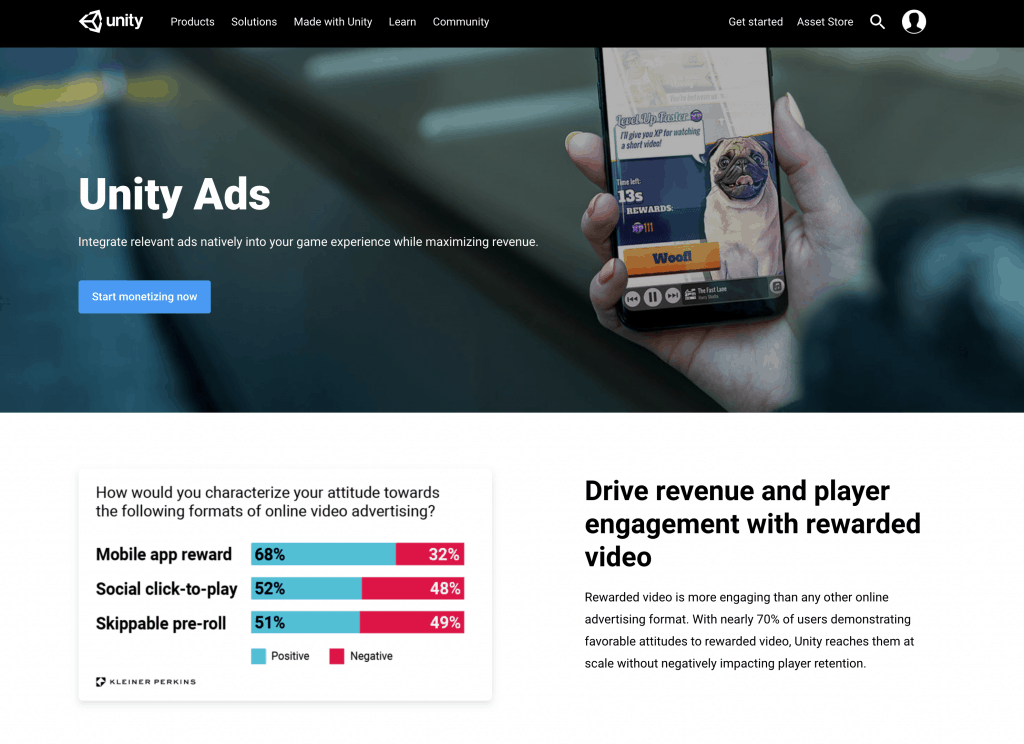 IronSource is a full-featured platform with a variety of ad units available, but they tend to focus on game apps and on rewarded video. If most of your inventory is rewarded, do NOT skip over this one. It's one of the leaders in that space.

There is a breed of SSP that deals in optimization only. By that I mean they don’t have direct ad servers and usually don’t operate their own exchanges. They just mediate ad networks and exchanges. Some of them have received funding but all are relatively small, typically targeting small to medium-sized developers. There are differentiators here, though you have to really dig in to figure out what they are.

Ogury acquired this product and turned it into their publisher solution. 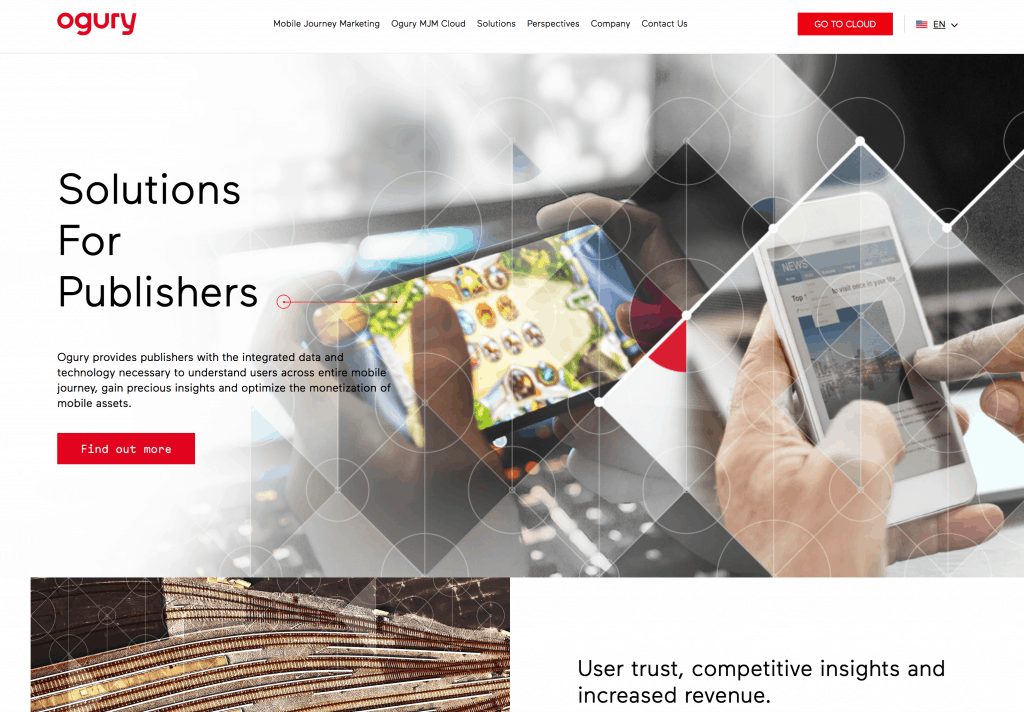 Native ads are truly different from standard display ads in terms of how they are delivered, so it’s often not an easy bolt-on feature for existing SSPs. The companies listed below focus on providing native ads though they are really mobile ad networks, not SSPs. But if you need native ads, this is where you can find them.

Native ad network and good mediation add-on for other SSPs. 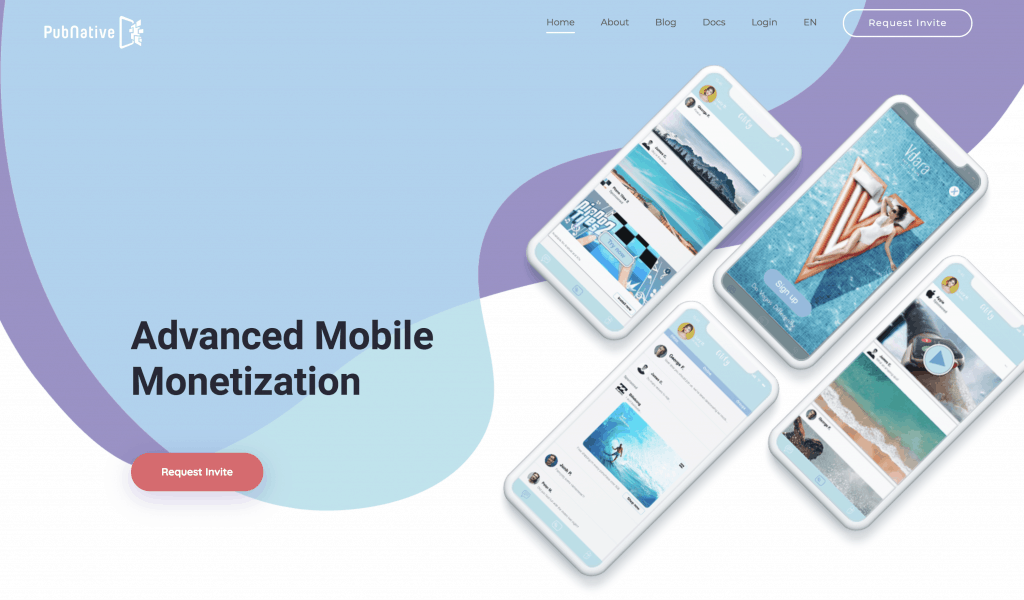 These above are the options that are available to most app developers. However, if your app has users primarily from tier one countries and has a robust volume of impressions (say 50,000+ DAUs), then you have better options available to you. Join my email list for more info on those options.

Sign Up Below to Join the ARPU Insider Ad Monetization Secrets Community Now.